To protect the urban environment, New York City has built robust erosion-control structures throughout the five boroughs. Engineered structures on shore or in the water that are properly sited and sized (adhering to buildings codes, such as ASCE 7, for design and construction on vulnerable land) can mitigate the forces of coastal erosion and hold the shoreline in place.

Bulkhead structures and revetments are deployed along waterways throughout New York City’s five boroughs, as shown on this map. 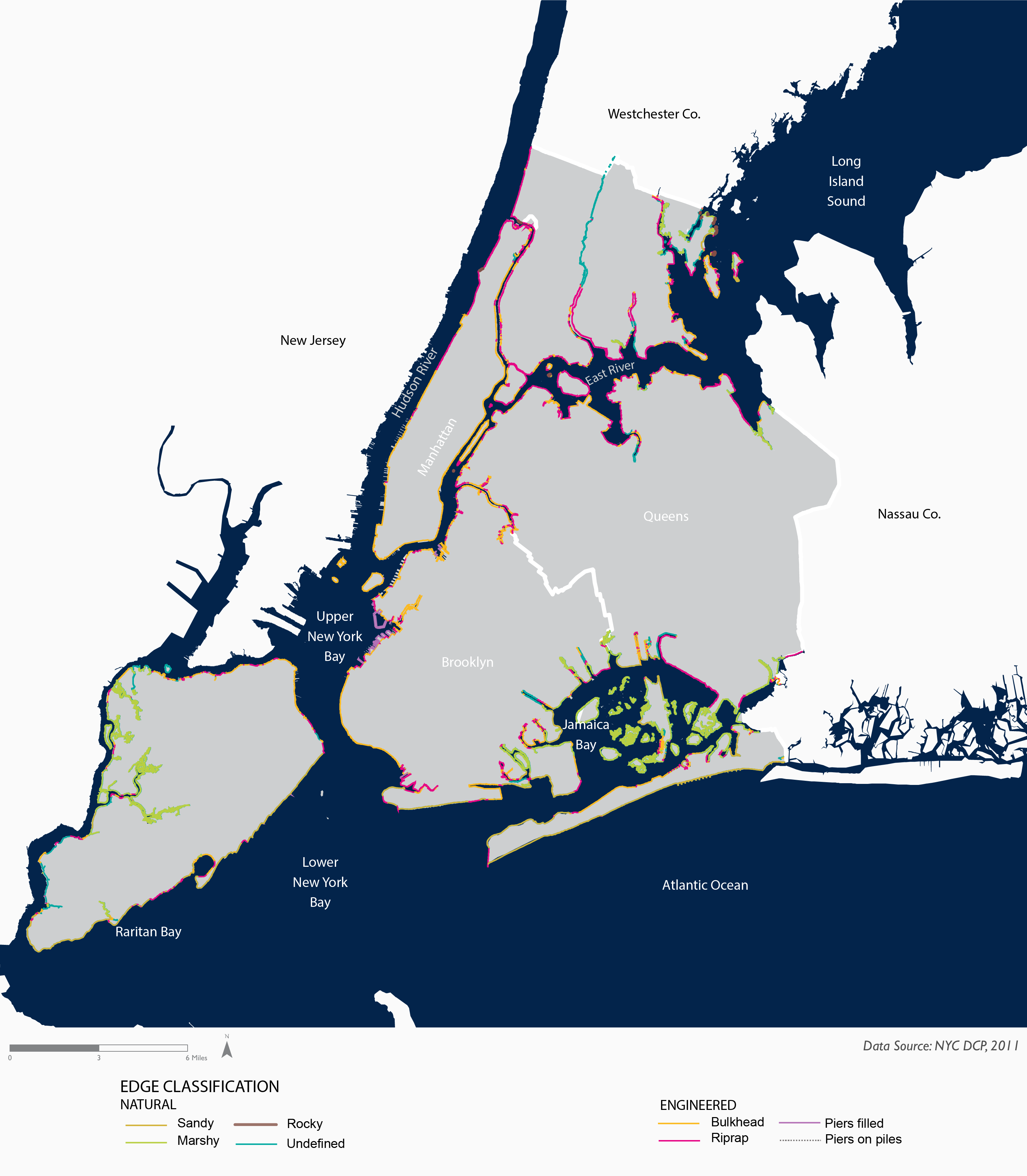 Choosing the most effective erosion-control structure depends on the specific features of the coastal location:

Placing natural and nature based buffers and protective features on the shore or in the water can help maintain the shoreline in place. Environmental control measures include: 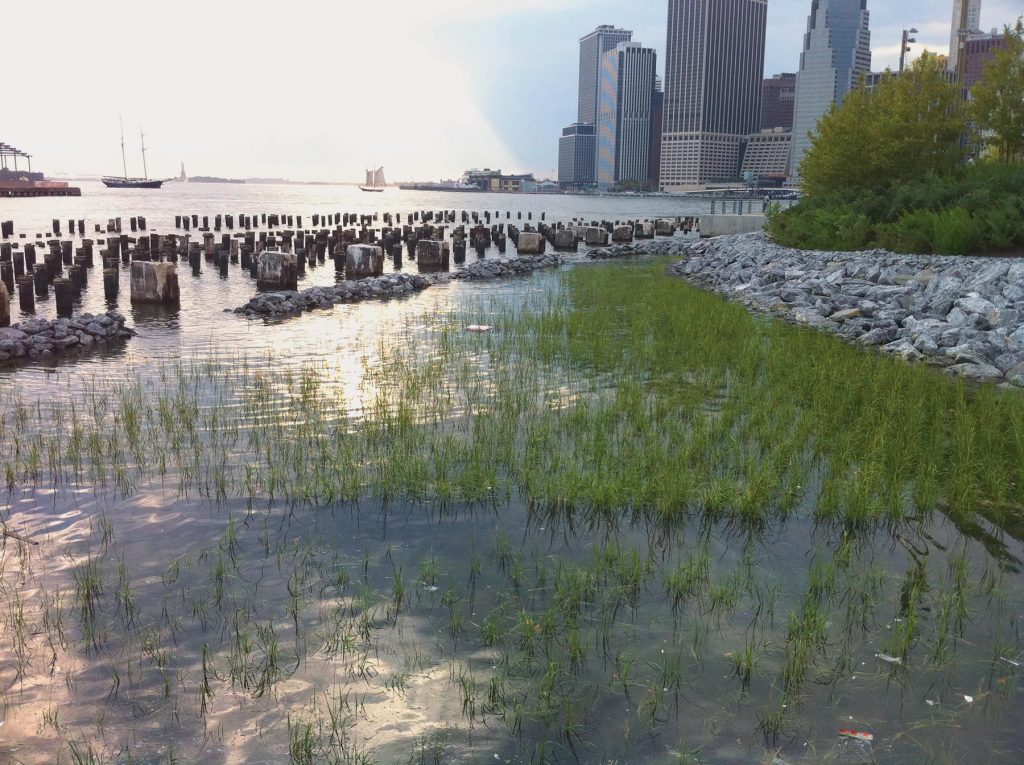 Since the early twentieth century, New York City has thrived as a major seaport and coastal city due to its many beneficial waterfront developments. Today, approximately 30 percent of the City's coastline is under NYC Parks jurisdictions, including more than 14 miles of beaches that New York City protects and manages for public use and enjoyment. Since 1975 New York City has facilitated placement of an estimated 20 million cubic yards of sand on popular Rockaway Peninsula beaches.

New York City works with its state and federal partners to advance coastal protection projects that reduce the long-term risk of damage and loss of life from storms and sea-level rise. Since 2015, the City has collaborated on many projects to deploy hard (e.g., levees, seawalls, groins) and soft (i.e., natural and nature-based) coastal-erosion protection that have progressed from the initial feasibility study phase through conceptual design and toward final design and construction.

New York State is also working in partnership with New York City’s Department of Parks & Recreation and the Mayor’s Office of Resiliency on a project that will employ ecologically-enhanced breakwaters in the Raritan Bay. This project is designed to reduce or reverse erosion and damage from storm waves, improve the health of Raritan Bay ecosystem, and enhance people’s experience of southern Staten Island’s shoreline (also see Flooding Hazard Profile). 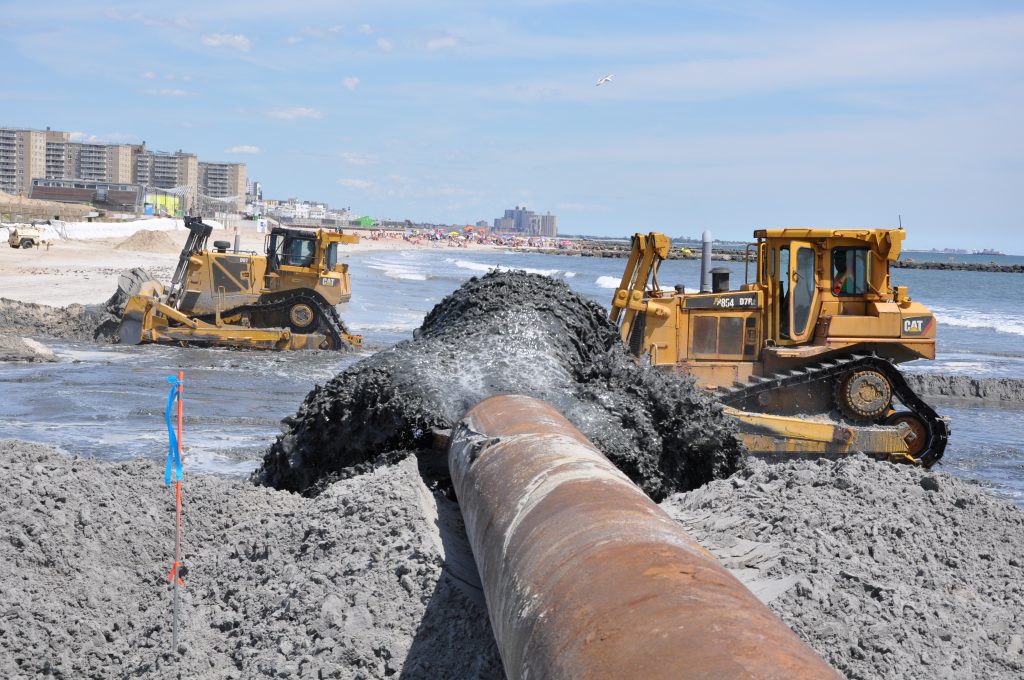 Limiting development in erosion hazard areas and other protective land-use methods can reduce the risk of coastal erosion. The New York City Waterfront Revitalization Program (WRP), which is overseen by the New York City Department of City Planning, creates policies for waterfront planning, preservation, and development projects in the city and ensures they are implemented consistently over the long term.

Other types of regulatory measures include the following: