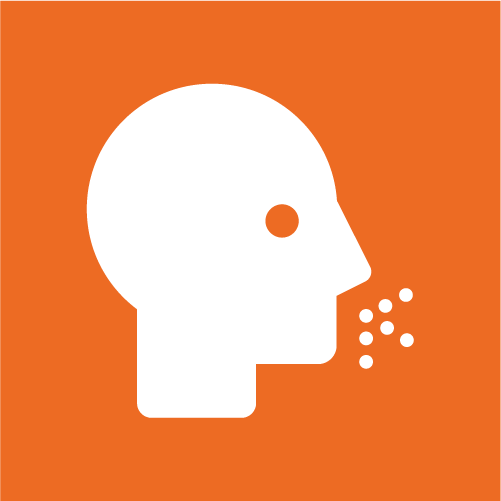 A pandemic is a global infectious disease outbreak. For biological threats, an influenza pandemic presents the highest public health disaster risk to New York City, with the potential for high morbidity and mortality, massive strain on the healthcare system, profound economic impacts, and significant disruptions to daily life for all New Yorkers.

Influenza viruses, as well as certain other respiratory viruses, are readily transmitted in a population, can mutate frequently so that most of the population has little if any immunity to new strains, and cause severe illness and death. Recently, a novel strain of H7N9 influenza and a novel coronavirus, the Middle Eastern Respiratory Syndrome coronavirus, have emerged; both viruses have been associated with high fatality rates.  Pandemic influenzas typically have two or three waves, or “peaks,” of infection lasting 8 to 12 weeks in duration while other respiratory pandemics have less defined characteristics.

In 2018, the New York City Department of Health (DOHMH) conducted a citywide Public Health Jurisdictional Risk Assessment to identify and rank the top public health hazards to New York City. Part of this assessment included expanding the traditional definition of public health severity beyond morbidity and mortality to include additional contributors to the overall severity of a hazard with respect to its effect on public health. The final contributors to severity are listed below by weight, according to their importance in calculating the overall severity of a hazard.

Contributors to the Public Health Severity of a Hazard, by Weight

A respiratory virus with pandemic potential can be very severe, driven by high mortality rates and substantial impact on the healthcare system.

To understand the potential impact on New Yorkers and the healthcare system, DOHMH uses two pandemic influenza scenarios to estimate the burden of disease, a more likely mild/moderate scenario and a severe scenario based on the 1918 influenza pandemic

A mild/moderate pandemic wave of a novel influenza hits New York City over a 10-week period. An estimated 1.5 million New Yorkers may become ill and approximately 500 die from the illness citywide. There is above average strain on the healthcare system. Hospital emergency department visits and outpatient services are higher than normal. This pandemic scenario resembles the 1957 influenza season and 2009 H1N1 pandemic. For a mild/moderate pandemic, our general assumptions include:

A severe pandemic wave of novel influenza hits New York City over a 10-week period. The attack rate is 33% with a case fatality rate of 2.5% (similar to the pandemic of 1918). An estimated 2.8 million New Yorkers may become ill and approximately 71,000 die from the illness citywide. Morbidity and mortality will be high during this event. There will be great demand on the New York City 911 system to respond to medical calls and high rates of staff absence across the healthcare system will further exacerbate this issue. Hospital capacity within the city is heavily impacted, especially during peak demand. Table 2. Potential NYC Pandemic Influenza Impact Severe Scenario Assumes an attack rate of 33% (similar to 1918) and case fatality rate of 2.5% (same as 1918). These estimates are based on scenarios that are unmitigated, meaning that they do not account for public health interventions that would likely be implemented during a pandemic.

For a severe pandemic, our general assumptions include those for a mild pandemic scenario as well as:

Influenza pandemics occur when there is a significant genetic change in a circulating strain of influenza, when most of a population is susceptible, and the strain has the ability to rapidly spread from person to person. Because of a genetic shift and lack of prior exposure and immunity, a large portion of the human population may be entirely vulnerable to infection from the new strain. Influenza pandemics have occurred every 10 to 60 years, with three occurring in the twentieth century (1918, 1957-1958, and 1967-1968) and one in the twenty-first century (2009-2010). To estimate the probability of a respiratory virus with pandemic potential striking New York City in the next 10 years (relative to other hazards), the 2018 Public Health Jurisdictional Risk Assessment evaluated four contributors that affect the probability of public health hazards.

Contributors to Estimating the Probability of a Public Health Hazard, by Weight

When ranked against other hazards of public health concern, a respiratory virus of pandemic potential was estimated to have moderate probability of occurring. Results from the 2018 Public Health Jurisdictional Risk Assessment will be available in late 2019.

A respiratory virus with pandemic potential will likely impact all New York City neighborhoods, but not all locations will experience the same effects at the same time.

Respiratory Viruses with Pandemic Potential, since 1900

The 1918 influenza pandemic was the most severe pandemic in recent history. It was caused by an H1N1 virus with genes of avian origin. Although there is no universal consensus regarding where the virus originated, it spread worldwide during 1918-1919. In the United States, it was first identified in military personnel in the spring of 1918. It is estimated that about 500 million people or one-third of the world’s population became infected with this virus. The number of deaths was estimated to be at least 50 million worldwide with about 675,000 occurring in the United States. Mortality was high in people younger than 5 years old, 20-40 years old, and 65 years and older. The high mortality in healthy people, including those in the 20-40 year age group, was a unique feature of this pandemic. While the 1918 H1N1 virus has been synthesized and evaluated, the properties that made it so devastating are not well understood. Antibiotics to treat secondary bacterial infections had yet to be discovered and vaccine development was unsuccessful as scientists at the time had not correctly identified the causative virus. With these limitations, control efforts worldwide were limited to non-pharmaceutical interventions such as isolation, quarantine, good personal hygiene, use of disinfectants, and limitations of public gatherings, which were applied unevenly.

In February 1957, a new influenza A (H2N2) virus emerged in East Asia, triggering a pandemic (“Asian Flu”). This H2N2 virus was comprised of three different genes from an H2N2 virus that originated from an avian influenza A virus, including the H2 hemagglutinin and the N2 neuraminidase genes. It was first reported in Singapore in February 1957, Hong Kong in April 1957, and in coastal cities in the United States in the summer of 1957. The estimated number of deaths was 1.1 million worldwide and 116,000 in the United States.

The 1968 pandemic was caused by an influenza A (H3N2) virus comprised of two genes from an avian influenza A virus, including a new H3 hemagglutinin, but also contained the N2 neuraminidase from the 1957 H2N2 virus. It was first noted in the United States in September 1968. The estimated number of deaths was 1 million worldwide and about 100,000 in the United States. Most deaths in the US were in people 65 years and older. The H3N2 virus continues to circulate worldwide as a seasonal influenza A virus. Seasonal H3N2 viruses, which are associated with severe illness in older people, undergo regular antigenic drift.

Severe Acute Respiratory Syndrome (SARS) is a respiratory illness that affected many people worldwide in 2003. It was caused by a coronavirus, called SARS-associated coronavirus (SARS-CoV) that had never been found in people. SARS was first reported in Asia in February 2003. The illness spread to 29 countries, where 8,096 people contracted SARS and 774 of them died. Health professionals around the world worked together to successfully contain the outbreak in 2003. In six months, the global SARS outbreak cost the world an estimated $40 billion. The SARS global outbreak was contained in July 2003. Since 2004, there have not been any known cases of SARS reported anywhere in the world.

In the spring of 2009, a novel influenza A (H1N1) virus emerged. It was first detected in the United States and spread quickly across the United States and the world. This new H1N1 virus contained a unique combination of influenza genes not previously identified in animals or people. This virus was designated as influenza A (H1N1)pdm09 virus. The virus genes were a combination of genes most closely related to North American swine-lineage H1N1 and Eurasian swine-lineage H1N1 influenza viruses. Because of this, initial reports referred to the virus as a swine origin influenza virus. However, investigations of initial human cases did not identify exposures to pigs and it quickly became apparent that this new virus was circulating among humans and not among U.S. pig herds. Few young people had any existing immunity (as detected by antibody response) to the (H1N1)pdm09 virus, but nearly one-third of people over the age of 60 years had antibodies against this virus, likely from an exposure to an older H1N1 virus earlier in their lives. The (H1N1)pdm09 virus was very different from H1N1 viruses that were circulating at that time; vaccination with seasonal flu vaccines thus offered little cross-protection against (H1N1)pdm09 virus infection. While a monovalent (H1N1)pdm09 vaccine was produced, it was not available in large quantities until late November, which was after the peak of illness during the second wave had come and gone in the United States. From April 12, 2009 to April 10, 2010, the CDC estimated that there were 60.8 million cases (range: 43.3 - 89.3 million), 274,304 hospitalizations (195,086 - 402,719), and 12,469 deaths (8868 - 18,306) in the United States due to the (H1N1)pdm09 virus. The CDC estimated that between 151,700 and 575,400 people worldwide died from 2009 H1N1 virus infection during the first year the virus circulated. Globally, the CDC estimated that 80 percent of (H1N1)pdm09 virus-associated deaths were in people younger than 65 years of age, which differs from typical seasonal influenza epidemics during which about 70 percent to 90 percent of deaths are estimated to occur in people 65 years of age and older. Though this most recent influenza pandemic primarily affected children and young and middle-aged adults, the impact of (H1N1)pdm09 virus on the global population overall during the first year was less severe than that of previous pandemics. Estimates of pandemic influenza mortality ranged from 0.03 percent of the world’s population during the 1968 H3N2 pandemic to 1 percent to 3 percent of the world’s population during the 1918 H1N1 pandemic. It is estimated that 0.001 percent to 0.007 percent of the world’s population died of respiratory complications associated with the (H1N1)pdm09 virus infection during the first 12 months the virus circulated. The United States mounted a complex, multi-faceted, and long-term response to the pandemic, summarized in “The2009 H1N1 Pandemic: Summary Highlights, April 2009-April 2010.” On August 10, 2010, the World Health Organization (WHO) declared an end to the global 2009 H1N1 influenza pandemic. However, (H1N1)pdm09 virus continues to circulate as a seasonal influenza virus and cause illness and deaths worldwide every year.

Middle East Respiratory Syndrome (MERS) is an illness caused by a virus (more specifically, a coronavirus) called Middle East Respiratory Syndrome Coronavirus (MERS-CoV). Most MERS patients develop severe acute respiratory illness with symptoms of fever, cough, and shortness of breath. About 3 to 4 out of every 10 patients reported with MERS have died. Health officials first reported the disease in Saudi Arabia in September 2012. Through retrospective (backward-looking) investigations, health officials later concluded that the first known cases of MERS occurred in Jordan in April 2012. So far, all cases of MERS have been linked to travel to, or residence in, countries in and near the Arabian Peninsula. The largest known outbreak of MERS outside the Arabian Peninsula occurred in the Republic of Korea in 2015. The outbreak was associated with a traveler returning from the Arabian Peninsula. MERS-CoV has spread from ill people to others through close contact, such as caring for or living with an infected person. MERS can affect anyone. MERS patients have ranged in age from younger than 1 up to 99 years old. The Centers for Disease Control and Prevention (CDC) continues to closely monitor the MERS situation globally and work with partners to better understand the risks of this virus, including its source, how it spreads, and how infections might be prevented. MERS-CoV has the potential to spread further and cause more cases globally and in the U.S. The CDC works with the New York City Department of Health and Mental Hygiene, hospitals, and other partners to work on preparation and prevention.