WHAT IS THE PROCESS TO DEVELOP THIS UPDATE?

Structured processes were used to develop the two major sections of the 2019 Hazard Mitigation Plan (HMP) Update – Hazard Specific and All Hazards. The process included an extensive review of existing plans and studies, soliciting feedback and incorporating the ideas of the Hazard Mitigation Planning Partners, following up with one-on-one meetings between New York City agencies and the Planning Team, and analyzing this input to present New York City’s risks and the most effective mitigation strategies clearly.

This section will describe the processes associated with each of the three main initiatives:

Review and Incorporation of Existing Plans and Studies

To provide a foundation for its work for the 2019 HMP update, the Planning Team members reviewed existing plans, studies, and guides. This extensive review included:

The list of studies and plans reviewed by the Planning Team is presented here:

Plans and Studies Consulted in the Development of the HMP

*This is not an exhaustive list of plans and studies used for the development of the HMP.  For a list of more studies please see the bibliographies from each hazard profile.

Development of the Risk Assessment Chapter of the HMP

To develop the Risk Assessment chapter of the plan, the Planning Team followed these steps:

Following the December 2017 kick-off event, the Planning Team sent a survey to the Hazard Mitigation Planning Partners that asked them to select what they felt to be the greatest hazards facing New York City.

For this survey, the Planning Team did not ask its partners to assess public health risks, because NYCEM is using the findings contained in the Department of Health and Mental Hygiene’s extensive Jurisdictional Risk Assessment. This assessment, which was conducted by public health subject-matter experts from DOHMH, concluded that the largest public health threats to New York were:

Infrastructure Failures and Complex Coordinated Attack were two hazards that the Planning Team intended to include as sections in the 2019 HMP; however, discussions with the Hazard Mitigation Planning Partners and further analysis of these threats resulted in a different approach.

Another consideration favoring this approach was the group’s recognition that infrastructure improvement plans were typically part of general capital projects or ongoing maintenance, and not standalone hazard mitigation projects.

Avoiding redundancy was another reason that a profile dedicated to discussing infrastructure failures was eliminated from this HMP update. During the Working Group sessions, participants acknowledged that implementing one mitigation solution — installing solar panels, for example — often protects infrastructure from risks associated with a wide range of hazards.  Installing solar panels or any other sustainable energy solution reduces the load on the utility networks, thereby reducing the risk of a power failures considered to be a secondary hazard during extreme heat, flooding, or coastal storm events. 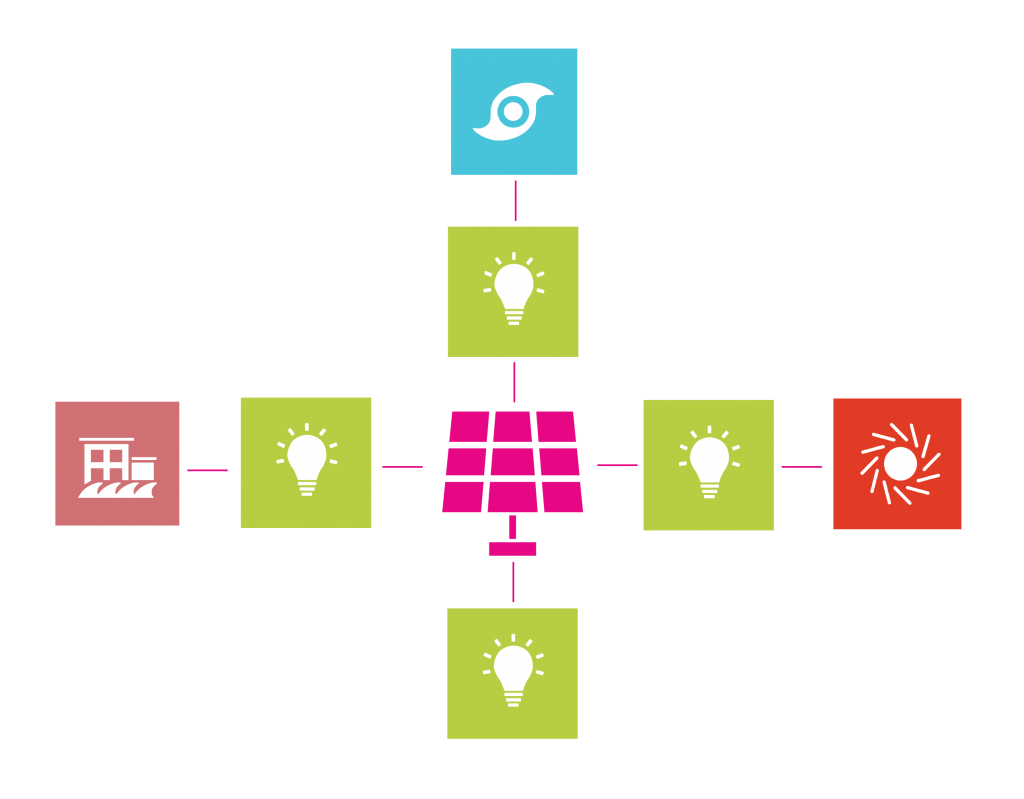 The Planning Team decided not to include a hazard profile regarding the risk to New York City from a Complex Coordinated Attack due to time constraints; however, discussion of this hazard may be included in future HMP updates.

The natural and non-natural hazards that pose risks to New York City and are discussed specifically in the 2019 HMP update are:

Development of the Mitigation Strategy Section of the HMP

Developing the Mitigation Strategy section of the HMP involved the following steps:

Agencies were also asked to use these mitigation action worksheets to provide a status report on actions taken as a result of the 2014 HMP.

The Planning Team convened one-on-one meetings with a range of New York City agencies. These separate meetings were valuable to the process, because they provided agencies with opportunities to ask questions and to gain better understanding on how their operations related to hazard mitigation. Meetings were also an opportunity for the Planning Team to gain insight on the agencies’ proposed mitigation actions.

Following the meetings, agencies reviewed their submissions, made corrections and additions, and submitted a revised list of mitigation actions for the 2019 HMP. A table of these proposed mitigation actions is presented under Mitigation in this report’s website.  The Planning Team also mapped existing projects that have a specific location.

A table of these proposed mitigation actions is presented under Mitigation in this report’s website. This list reflects consistency with the mitigation funding guidelines and is relevant both to natural and non-natural hazard mitigation in New York City.

The Mitigation Actions Database contains the full results of this STAPLEE analysis.

In accordance with FEMA requirements, the Planning Team prioritized mitigation actions to reflect maximum benefit while considering the potential costs of each action.

These rankings are dynamic and are able to change to reflect funding availability, revisions to the mitigation actions, or changing conditions in New York City. NYCEM’s Hazard Mitigation Unit will work closely with New York State Division of Homeland Security and Emergency Services (NYS DHSES) and FEMA to secure funding for mitigation actions that are in accordance with the goals and objectives of this plan.